Newohioreview.org is archiving previous editions as they originally appeared. We are pairing the pieces with curated art work, as well as select audio recordings. In collaboration with our past contributors, we are happy to (re)-present this outstanding work.

A small fly hung around my kitchen mid-October.
It didn’t buzz. Outside wet shape-shifted, drop to
flake: knock-knock of rain, a who’s there of snow.
The fly tiptoed on the meat-cutting board where I aimed
to smash it like a head of garlic. It bounced wall to wall to
wall, baby trapped in the balloon that was a hoax.
Was it my mother’s perturbed spirit warning me that blood
stains? Of course not. Last of its kind, Robinson Crusoe landing
on a kitchen island, the fly needed to be warm.

END_OF_DOCUMENT_TOKEN_TO_BE_REPLACED

I had a student once who was so depressed

she wanted to die. She was a young single mother,

go to parties and bars while she was home

reading The Berenstain Bears and the Bad Dream.

Then she collapsed with heart disease

and spent the next few years waiting for a transplant.

The strange thing is, now she was happy.

Every day, almost every breath, was semi-ecstatic.

She was a modern-day Chicana Rumi,

hanging out with the Beloved, grateful just to touch His hem. I

find I’m telling myself all the time now,

Eight o’clock, nine o’clock, ten o’clock on a summer evening—it’s time to close the eyes, allow the breath to deepen, and sleep. The neighbor’s cat sleeps under the camellia bush and the neighbor’s baby has given up her screaming and sleeps in her crib; the hummingbird babies sleep in their nest perched on the Christmas-light wire strung across the porch ceiling; boys and girls everywhere put on their pajamas and brush their teeth; grandparents, all four of them, rest underground. In this house, though, the children call for glasses of water, kick off their sheets and pull them back up, ask for stories about the grandparents they’ve never met, count airplanes going in for a landing at SeaTac, their red lights blinking down through the trees, tell each other jokes through their open bedroom doors, and throw pillows at the back of any parent who dares suggest it’s time for sleep. Yes, darlings, you’re right: while light still fills the sky and the first star appears and then the others, and while your parents sit on the porch steps with their glasses of wine, trading stories, it’s impossible to think that this vast middle—life—will ever end, that anything will ever die. Now, before dark sets in, watch all the colors fade to gray: the last stripe of orange sunset in the west; the blue sky pulsating overhead; the cedar and eucalyptus and dogwood all dissolving into dark—a gray and then a darker gray that is the color of our house walls, headstones, and storm water rushing over Snoqualmie Falls. At the falls today, after playing in the hot sun and the icy rocky riverbed, attempting to catch minnows, you hiked the slowest hike in all creation back up the steep slope you’d run down an hour before, scuffing the gray dust with your toes, and moaning about your aching legs and parched throats and sweaty backs and lack of ice cream, but once we got back to the city, you decided you hadn’t had enough of the outdoors and insisted we stop in Volunteer Park where you, Ezra Jacob (grandson of Jack and great-grandson of Jake) and Phoebe Rose (granddaughter of Phoebe and great-granddaughter of Rose), sat side by side on the swings and pumped yourselves up and up and almost out over the fence separating the playground from the cemetery, out over blackberry bushes and hydrangeas, out over the chain link and then the short clipped grass and the monuments, so that if you’d let go, you would have sailed toward a waiting angel who would lift her stone arms and catch you, happy for the chance to save someone, happy for the reprieve from guarding a grave.

END_OF_DOCUMENT_TOKEN_TO_BE_REPLACED 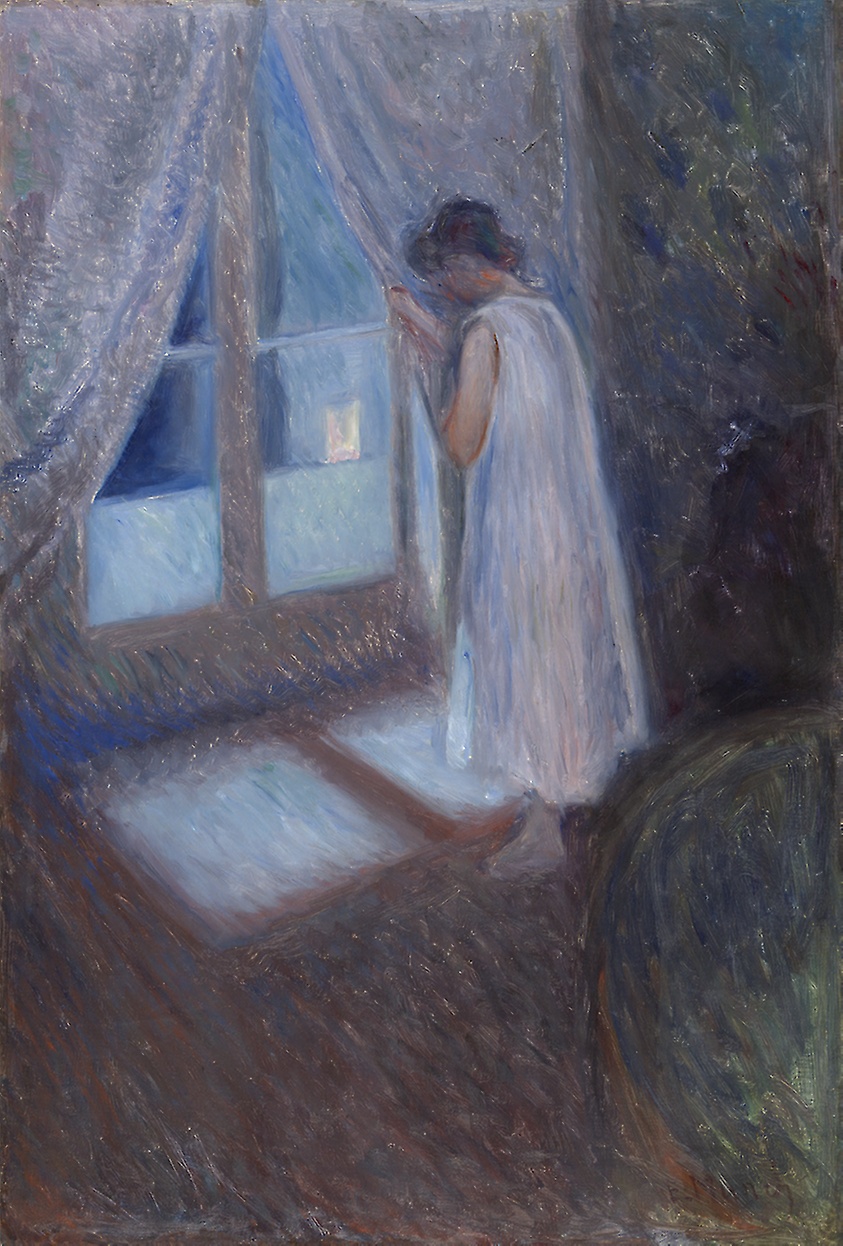 Featured art: The Girl by the Window by Edvard Munch

Life’s police car, lights flashing, on the sidewalk
in front of McDonald’s and two boys on the bus stop,

approached, gun drawn. But how did the cop know
which one he wanted since both wore watch caps

and gray parkas and carried backpacks? He seemed
certain enough as he handcuffed the boy

into what comes next, all we don’t see swallowing him,
the signal changing, day swallowing me until this morning

END_OF_DOCUMENT_TOKEN_TO_BE_REPLACED

I like to practice what I’m going to say in therapy each week. The opening line is always the most important part because it has to be something attention-grabbing that still makes me sound stable.

I slept pretty well this week, except for Tuesday, when I stayed up all night watching a marathon of The Wonder Years. They played the one where Kevin touched Winnie’s boob.

END_OF_DOCUMENT_TOKEN_TO_BE_REPLACED 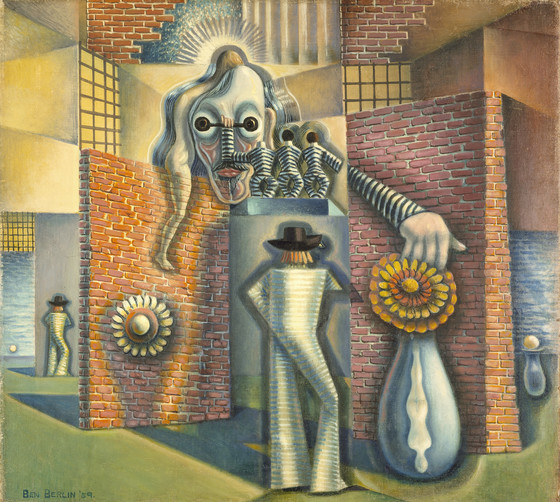 I trusted you to never change, when I was 15, and needed
to believe men and women sat up talking all night,
like the movie with you and Rock Hudson joking in a satin bed,

both of you in men’s pajamas you buttoned to the chin.
Alone in my room crammed with horse figurines, you
were all that stood between me and what hid under the sheet—

END_OF_DOCUMENT_TOKEN_TO_BE_REPLACED

Maddy is thirteen, almost fourteen. Her chest is as flat as a boy’s and she does not own a pair of Jordache jeans.

“I hate Fridays,” she tells her mother. What she means is that she hates everything.

“I know you do,” says Jude, understanding perfectly. “I’m not sure what you want me to do about it.”

“It feels like I’m in prison. There aren’t any windows in there.” She’s referring to her room behind the bar, to which she is more strictly confined than usual on Friday nights: Jude insists that she stay out of the way when it’s crowded. “I can hear people but I can’t see them.”

“Why would you want to see them? They’re adults at a bar.”

“But that’s all there ever is,” Maddy rails, not even caring if she makes sense. “Adults at a bar. I wish we could be normal.”

“That’s what you keep saying. You tell me what normal is, and I’ll see what we can do.”

Maddy whirls around and storms into her room behind the bar, daring to slam the door. She knows only what normal isn’t.

END_OF_DOCUMENT_TOKEN_TO_BE_REPLACED

If all of time were poured into a salt shaker,
human history could be represented by a single grain,
the professor of astrophysics claimed
as a shaft of light illuminated his head,

leaving me to marvel at how
there would be room inside for everyone—
for Mary Magdalene and Isaac Newton
and every month of the Hundred Years’ War,

and Andrew Marvell would have a place to think,
a garden in which to dwell,
and you would be in there as well
and your ex-boyfriend, the cheap bastard,

with his ridiculous sports car parked by a lake
in some small boring town and me
shaking the shaker furiously
over a plate of blackened fish and boiled potatoes.

END_OF_DOCUMENT_TOKEN_TO_BE_REPLACED

It’s a long time now since the cedar tree
That you and Martha Spicer inscribed
With your twined initials was reduced to shingles
For a house later torn down to make way
For the Northtown Mall, the very mall
You walk now on rainy mornings.

END_OF_DOCUMENT_TOKEN_TO_BE_REPLACED 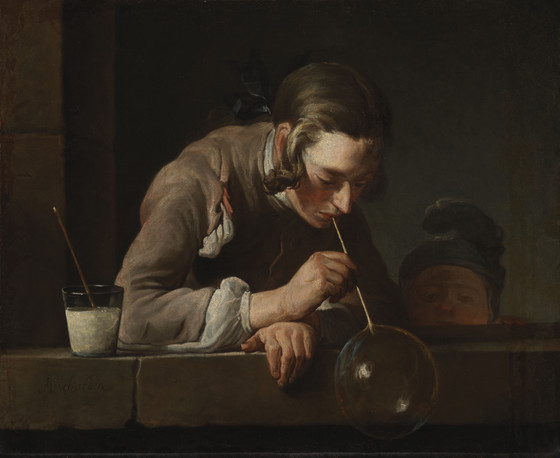 Even in Dante’s inspired version,
Heaven and hell don’t seem like regions
Appropriate for humans, being too static,
Too imbued with notions of the eternal.
Yes, for the sake of justice, the violent
Who get away with murder on earth
Ought to feel a heat more fiery
Than the coals of rage that burned inside them;

END_OF_DOCUMENT_TOKEN_TO_BE_REPLACED

Any person who is diseased, maimed, mutilated or
can I continue reading this? will it affect my psyche

wandering a Chicago street in my dress with my
parasol as a cane, on the verge of arrest, where arrest

could mean “stopping” or “to keep the mind fixed
on a subject,” where the subject is the diseased,

maimed, mutilated self of 19th-c. Chicago, the self
in any way deformed so as to be unsightly

END_OF_DOCUMENT_TOKEN_TO_BE_REPLACED

The island seemed in permanent full bloom.
Through hairpin curves, our driver pointed—mango,
lime, poinciana—this one hanging low,
that one as bright as flames. And in our room,
a riot of blossoms. Across the bed, hibiscus
letters spelled out Congratulations. Welcome.
Bottles of champagne, pitchers of rum
punch. Why would we bring up poverty or loss
or the scorpions we pounded with a shoe
by the bathtub drain, small and densely black?
We ate golden apples, and had a view
of the mountain from the shower. On the third day,
darkness dropped from my towel. I jumped back:
a welcome-flower no one had swept away.

END_OF_DOCUMENT_TOKEN_TO_BE_REPLACED 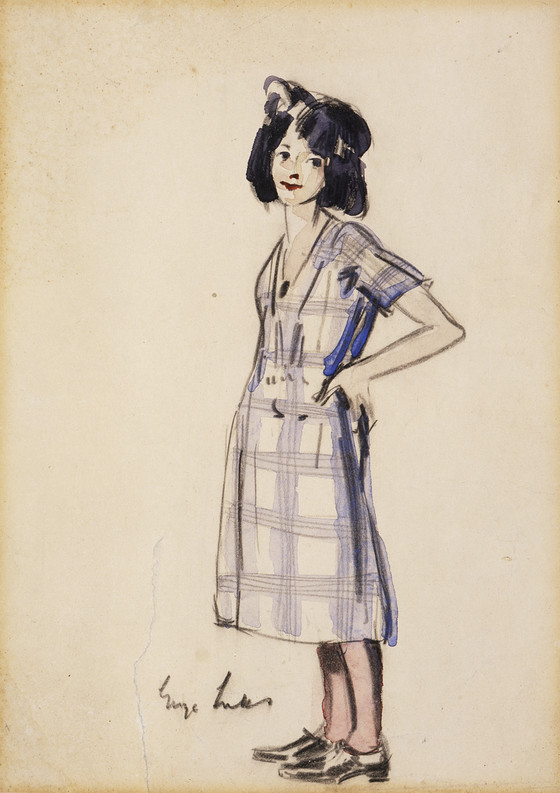 I blame that little village in Spain,
the one with the whitewashed houses
in a crescent along the sea,
a fleet of pastel fishing boats,
and that celebrated coffee with brandy.

A sour wedge of apple lurked
at the bottom like a tea-leaf fortune.

Because we couldn’t afford the fish
we ate pizza with peaches and oregano
on the beach, the sun and breeze conspiring.

Seeing us there beneath the cliffs
and the postcards of the cliffs,
who wouldn’t have predicted luck and beauty?
Can I be blamed for loving it all
and thinking it was you I loved?

END_OF_DOCUMENT_TOKEN_TO_BE_REPLACED

I met a man in Russia, after my father’s funeral. It was only appropriate.

Papa always knew how to make things harder for me and I didn’t see why his death should be an exception. This is how it happened: after the service, I was taking a walk through the cemetery, hoping to get lost. The throng of admirers and chemistry colleagues had left long before, and it was just me there, staring at the grave of this little girl who died on her second birthday. I don’t know how long I must have been standing there, considering this, when I heard a voice say, “Excuse me, Miss. You dropped this. And this. And this.” A man came up from behind, holding my wallet, my passport, and the headphones from the airplane. He gestured toward my purse, which was hanging open.

END_OF_DOCUMENT_TOKEN_TO_BE_REPLACED

I picked up a woman’s feather-brushed gush, “Wilbur,

And I, unhappily not Wilbur, croaked Wrong number as one does

END_OF_DOCUMENT_TOKEN_TO_BE_REPLACED

I let him go. I complied. Adjusted. Saw. Did not see his disappearing
act of staying while leaving the body. It felt so familiar.
My zombie-mom (on Stelazine, Thorazine to tamp

her paranoia down), would be there/not there to make
macaroni and cheese, do the wash, help me with my Spanish.
I knew she was sick, I knew she loved me though she lay in bed until noon,

again in the afternoon, comatose with the New York Post, her arm bent
at the elbow to cover her face. This was what love could feel like—
somnolent, absent. Why be paranoid when he slept in the same pose.

END_OF_DOCUMENT_TOKEN_TO_BE_REPLACED

What was the tongue we spoke when the lotus first
unfolded from the navel of the god, the one who dreams
the universe, and in whose ear we must have whispered
our hunger to hold each other? What were words
must now be reflex, shudder, blood, be impulse, pulse
a palimpsest of longing written over
eons, eons ago. If we could scrape
back bone, back blood, back breath to the original
dust the dreaming god himself has long
become, the universal dream a drift of ash
settling in some dark corner of the sun,
would we find ciphered there the DNA
relation to the tongues we speak today
when we want words to say what words can’t say?

END_OF_DOCUMENT_TOKEN_TO_BE_REPLACED

Featured art: Portrait of a Man by Wilhelm Morgner

and crouches there in a leafy crotch
listening to the night-sounds snarling below . . .

his heart outracing the big cats of the savannah.