We asked 15 writers to reflect on under-appreciated contemporary short stories. Their responses follow.

I could have chosen this story for its first line alone:

“Every so often that dead dog dreams me up again.”

But much more awaits the reader in this tightly controlled yet seemingly casual narrative. Gemma, the story’s protagonist, goes on to say, “It’s twenty-five years later, I’m walking along 42nd Street in Manhattan, the sounds of the city crashing beside me—horns, gearshifts, insults—somebody’s chewing gum holding my foot to the pavement, when that dog wakes from his long sleep and imagines me.

“I’m sweet again. I’m sweet-breathed and flat-limbed. Our family is stationed at Fort Niagara, and the dog swims his red heavy fur into the black Niagara River.” [all Sweet Talk, 176]

END_OF_DOCUMENT_TOKEN_TO_BE_REPLACED

Featured Art: Monk Meditating near a Ruin by Moonlight by Frederik Marinus Kruseman

I first came upon “The Moon In Its Flight” as a graduate student in my mid- twenties, in a book called Many Windows, a now long out of print anthology put together by Ted Solotaroff from his seminal literary magazine of the seventies, New American Review. It’s fair to say it blew my mind. This was not entirely unusual. I had my mind blown pretty regularly at that time: the rest of me wasn’t getting much, and I was nothing if not impressionable. But twenty-odd years later, having reread the story for teaching and other purposes, oh, about a hundred times now, it still blows my mind—if anything more so than before. What this says about me I’m not sure I even want to think about. But what it says about “The Moon In Its Flight” I do want to think about, if not emulate, if not imitate, if not crassly and slavishly steal.

END_OF_DOCUMENT_TOKEN_TO_BE_REPLACED Post-mortems in prose fiction are risky to pronounce; the dead do have a way of quickening again. This week’s much-celebrated text will be, in thirty years, forgotten; what’s lost may reappear. And in this particular instance I’m not rescuing arcana; Sir Laurence Olivier played the protagonist of John Fowles’s “The Ebony Tower” for a television film. Too, the short story collection of which this is the title piece lodged comfortably on the New York Times Best Seller List for six full months in 1974-75.

It’s possible, however, that Fowles’s reputation as a “serious” author has been undermined by commercial success; in England particularly, it would seem—though I have only anecdotal evidence for this—he was thought of as a popular and therefore unimportant writer. “If you’re so smart, why ain’t you rich?” gets transformed, in critical discourse, to, “If you’re so wealthy, how could you be smart?” and Fowles has been devalued in part because of fame.

END_OF_DOCUMENT_TOKEN_TO_BE_REPLACED

For a short story to linger in the mind as long and as tenaciously as “The Accompanist” has in mine, it must hit a sensitive nerve. So in revisiting the story, which I first came upon years ago in Anita Desai’s early collection, Games at Twilight, I looked for what had struck me so keenly in this first-person account of an Indian musician from a poor background who dedicates his life to the most humble of accompanying instruments, the tanpura.

The narrator’s father makes musical instruments and music is “the chief household deity.” Soon after Bhaiyya’s lessons begin at the age of four, his talent is obvious: “My father could see it clearly—I was a musician . . ., a performer of music, that is what he saw. He taught me all the ragas, the raginis, and tested my knowledge with rapid, persistent questioning in his unmusical, grating voice.” The father is stern and rough, never offering praise or encouragement, only calling his son a “stupid, backward boy.”

END_OF_DOCUMENT_TOKEN_TO_BE_REPLACED It is always fascinating when a novelist tries her hand at short fiction. If the endeavor succeeds, it is because the novelist’s expansiveness finds expression in its opposite: intense compression. On April 10, 2000, Alice McDermott, best known for such novels as The Bigamist’s Daughter, That Night, At Weddings and Wakes, and Charming Billy, published a short story called “Enough” in the New Yorker. In nineteen carefully-orchestrated paragraphs, the story traces the life of a middle-class American woman, from childhood to old age, using such rich domestic imagery, the reader feels as if an entire era has been fitted into a neat container, like a child’s shoebox full of keepsakes.

END_OF_DOCUMENT_TOKEN_TO_BE_REPLACED

Featured Art: Untitled (Seascape with Houses on Beach) by Unknown

I was worried. Thirty years had passed since I looked at the story. Every writer has a list of stories he carries around in his head, if only he were to put together that anthology of personally selected hits. To go back and pick one . . . well, a lot rested on it.

“In Miami, Last Winter,” by James Kaplan, was first published in Esquire in 1977. I came across it then—at twenty-six years old—and then again the following year when it was anthologized in Best American Short Stories 1978. The second—and last time—I read it I admired it even more, a sure test of a story’s staying power. You know the plot, you know the characters’ dilemmas, you know the story’s stakes, yet you’re still dazzled by its force to catch you up in its immediacy. Indeed every story works toward establishing a renewable present: the ability to make the reader experience its effects anew. In short, you fall helplessly under its spell once more.

END_OF_DOCUMENT_TOKEN_TO_BE_REPLACED

One of my favorite stories is Mavis’ Gallant’s “The Remission,” which is set in the early 1950s but was written in the late 1970s. Superficially straightforward, it reveals its virtuosity slowly and deviously, stating its premise outright in the first line:

When it became clear that Alec Webb was far more ill than anyone had cared to tell him, he tore up his English life and came down to die on the Riviera.

END_OF_DOCUMENT_TOKEN_TO_BE_REPLACED

To my mind, Mavis Gallant’s “Mlle Dias de Corta” is the most brilliant example of a story that focuses on a protagonist who might seem initially “unsympathetic” or at least problematic—in this case, an elderly French woman, the story’s narrator—and performs the magic trick of making the reader’s heart just break and break for her. It’s written in the second person, the potentially trashiest point of view, yet manages to persuade us that no other choice of perspective would have been appropriate or even possible. It’s framed as an unsent—and unsendable—letter from the unnamed narrator to the eponymous former boarder in the narrator’s Paris apartment and (incidentally, though of course not incidentally at all) the former lover of the narrator’s son. It’s a family drama, of course, but also a thrilling examination of xenophobia and nationalism; our narrator is always accusing Mlle Dias de Corta of pretending to be French—that is, of claiming to belong to that most favored and elite breed of human, at the very apex of culture and civilization—and not really being French, but rather Portuguese or something equally inferior and suspect. By the end of the story, we understand the insecurity and terror, the loneliness and disappointment, all the painful emotions that translate into suspicion of, and prejudice against, the other, the outsider—indeed, into fear of change of any sort. It moves effortlessly across decades and through time, and addresses large societal and political issues (from abortion to racism) without ever venturing very far from the narrator’s claustrophobia-inducing flat. Its rhetoric is vertiginously passive-aggressive (though it does make you wonder what exactly is the passive part of that equation) and consequently hilarious. There’s a family dinner in front of the TV (French TV at its most pompous and absurd) that makes one’s blood run cold. Finally, it rewards close reading and rereading, since there’s so much subtext that can be missed—the narrator’s anxiety about her son and his sexuality, to take just one example—unless you pay the story the patient, exacting attention that it earns and deserves. It’s one of my very favorite stories to teach; you can watch the light blink on and come up in your students’ eyes.

END_OF_DOCUMENT_TOKEN_TO_BE_REPLACED 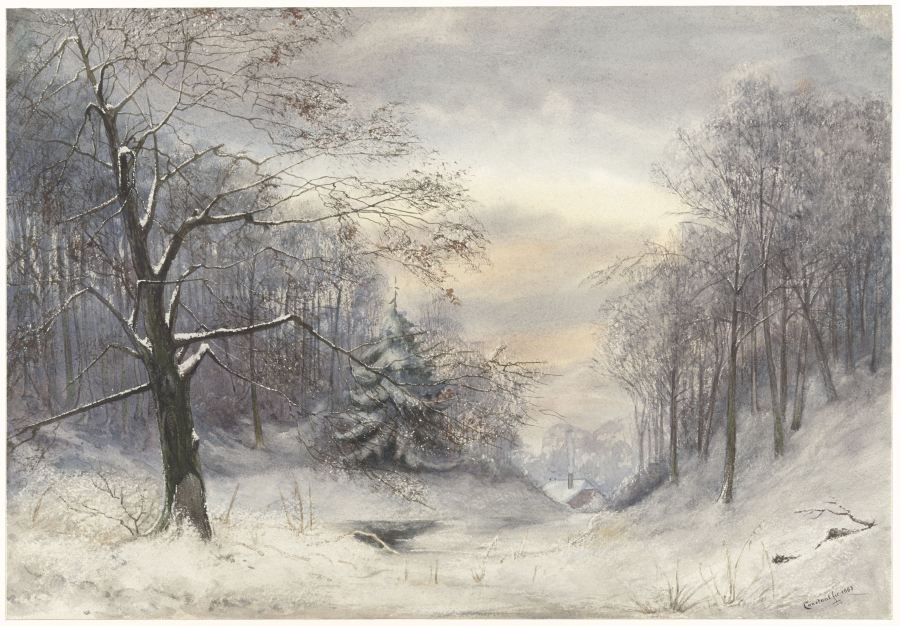 Charles Baxter’s “Fenstad’s Mother” has all the earmarks of its author’s easygoing style: it is beguiling in its light-footed and non-judgmental way with serious subjects, and dead-on accurate in its understanding of the contradictory and contrarian.

The first paragraph lays out a family dichotomy succinctly, in a neutral third person. Although Fenstad and his aged mother are very different, from the first we see them trying for a respectful relationship. For one thing, though Fenstad is a church-goer, his mother was “a lifelong social progressive . . . She had spent her life in the company of rebels and deviationists.” She is an unrepentant critic of things—many things—as they are; even the smell of her apartment, which “smelled of soap and Lysol,” hints of “an old woman who wouldn’t tolerate nonsense.” Fenstad’s effortful goodness, she clearly believes, is suspect.